7 Movies Mentioning the Horn of Africa

Home/Uncategorized/7 Movies Mentioning the Horn of Africa
Previous Next

7 Movies Mentioning the Horn of Africa

Seven movies that have made Djibouti or Somalia famous. Or sort of famous. Or at least mentioned them. Kind of. 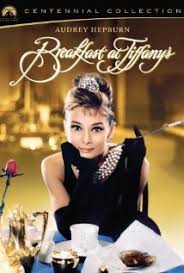 1. Breakfast at Tiffany’s
“You call yourself a free spirit, a wild thing, and you’re terrified somebody’s going to stick you in a cage.  Well, baby, you’re already in that cage.  You built it yourself.  And it’s not bounded in the west by Tulip, Texas, or in the east by Somaliland.  It’s wherever you go.  Because no matter where you run, you just end up running into yourself.”  ~ 1961, screenplay by George Axelrod, based on the novella by Truman Capote, spoken by the character Paul Varjak

3. Desert Flower, based on the book by the same name by Waris Dirie. The airport and market scenes were all filmed in Djibouti, but made over to look like southern Somalia.

5. My movie, based on a series of fiction episodes I wrote for The Poet Nation. Someday it may hit the big screen and win an Academy Award, but for now the project is dead in the water, like a pirate skiff run out of gas.

7. Djibouti, based on the book by the same name by Elmore Leonard. Not yet a sure thing so I didn’t italicize. I hope the film is more accurate than the book and that they actually go there to film it, as opposed to Leonard’s research technique of staying on the wrong side of the ocean.

So, we’ve got a war movie, two non-existent movies, a brief mention in a pre-independence-from-Britain classic, a movie about female genital cutting, a 3-second shot of a flag, and family film.

Updated!! Movie #8: Si le Vent Souleve les Sables by Man’s Film Productions This is one key and I can’t believe I missed it. I suppose because it isn’t in English. But I am personal friends with one of the stars of the show, Lauren Roberts and it was actually filmed in Djibouti.

And movie #9: Shooter which, like I said here, is full of terrible mistakes.

This site uses Akismet to reduce spam. Learn how your comment data is processed.

Available from PayHip and Amazon

Djiboutilicious Cookbook: Celebrating Culture and Cooking in a Country as Hot as Your Oven